Balinese Wayang Listrik at the University of Hawaiʻi at Mānoa 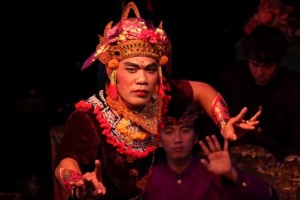 I Ketut Wirtawan has trained extensively in wayang kulit and gambuh, one of Bali’s most difficult and complicated dance-drama forms. Ketut Wirtawan is not only a powerful dancer, but is also an accomplished musician, vocalist, shadow puppeteer, painter, and director. He has taken over the spiritual and artistic responsibilities of his late father, the revered I Ketut Kantor and his legendary grandfather I Nyoman Kakul, carrying on the tradition of one of Bali’s most important artistic lines. 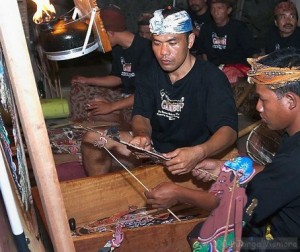 Wirtawan is a sought-after dalang (puppeteer) for both traditional and modern wayang kulit performances, and one of Bali’s most dedicated and respected artists. He has toured to Austria, Germany, France, Switzerland, India, Japan Taiwan, and Singapore. 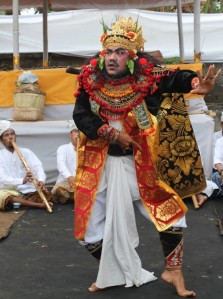 I Madé Moja is a prominent painter, skilled in the traditional ink and watercolor 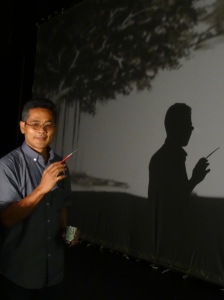 technique of his native village Batuan, Bali. In addition to his intensive training under his father, I Madé Budi, he studied at the Fine Arts Academy in Denpasar, Bali, where he was trained in Western traditions and modern art forms such as graphic arts in addition to traditional Balinese painting styles.

He has also worked extensively as a scenic painter and designer in theatre productions, both in Bali and the U.S., including for ShadowLight Productions in San Francisco. As Art Director in such companies, I Madé Moja has created elaborate set designs and puppets for the past 20 years. 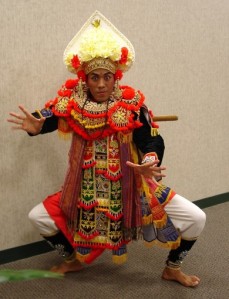 I Madé Widana is a professional musician, dancer, and composer from Karangasem, Bali and has resided in Honolulu since 2009. He received his Bachelor of Arts in traditional music and composition from the Indonesian Arts Institute in Denpasar, Bali. He is currently the director of Gamelan Segara Madu. When in Bali, Widana is active as a musician and teacher in various performing ensembles. Prior to Honolulu, he performed in international tours to Japan, Greece, and the U.S. mainland. In Bali, most recently, Widana added a children’s gamelan and dance training program to his family’s studio, teaching over 70 local boys and girls. 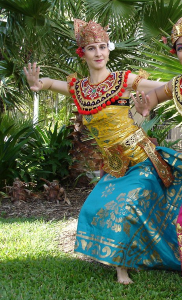 a Masters degree in Asian Studies from UH Mānoa. She has studied Balinese music and dance for over a decade, including many trips to Bali to study with master teachers. Reynolds is currently a lecturer in the Department of Theatre and Dance at UH Mānoa and recently worked at the East-West Center Arts Program coordinating school and community outreach programs. Additionally, she has been the Assitant Director of Gamelan Segara Madu since 2009 and is a PhD candidate in Asian Theatre at UH Mānoa.